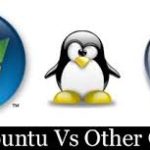 In today’s computer technology world, there is an ongoing war of operating systems.  The two opponents on the battlefield are Microsoft and Apple.  These two power players spend millions of dollars trying to tell us why we should use their products, but there is a small group of rebels out there who know better.  Their operating choice is Linux and they back a very different way than the others.

The operating system we will be addressing in this edition is Ubuntu.  The name Ubuntu comes from a South African philosophy of Ubuntu (“humanity towards others”).  Ubuntu is an open source operating system that can be customized to your liking.  Here are some basics of Ubuntu.

What this means for you is that Ubuntu is a free operating system that can be installed on a computer.  You can visit the Ubuntu website to download a copy of the Ubuntu system.  All you need is a CD or a USB drive to save it.  Once it is saved, you can boot your computer using Ubuntu.

If you are interested but a little skeptical, booting from a CD or USB lets you play with the Ubuntu operating system without overwriting your computer’s native operating system.  If you are a loyal Windows user or a Mac OS X devotee, you don’t need feel guilty.  You can see Ubuntu on the side without hurting your long-term relationship with Windows and OS X.

Like all operating systems there are advantages and disadvantages.  Let’s look at some comparisons between Windows, Mac OS X, and Ubuntu.

Many businesses use Microsoft Windows as their primary operating system.  With Ubuntu getting more popular, is the operating system ready to take on Windows in the business marketplace?  Let’s look at side by side comparison:

Security – Ubuntu has a built in anti-virus and much deeper security and firewall settings than Windows.  The odds of catching malware or a virus on Ubuntu are virtually zero.  Attackers do not take the time to write malicious software for low market share systems.

Programs – Ubuntu does not have native support for Microsoft Office, Adobe programs, and many other third party programs, but it does have alternatives.  Libre Office is a MS Office alternative that is built directly into Ubuntu.

Cost – This is the biggest reason to deploy Ubuntu over Windows.  As mentioned earlier Ubuntu is a free operating system.   The only thing you may want to pay for is full 24×7 support.  There is also no subscription needed to deploy the operating system and anti-virus software.

Ubuntu would be ideal for a business that is not reliant on third party programs. That’s only available in Windows.  If you looking to cut costs without cutting productivity, and have the willingness to adapt to a new operating system,  have employees work with the Ubuntu platform.

Your email address will not be published. Required fields are marked *