By Michael DeFlorio on February 25, 2016 in Mike’s Tech Tips 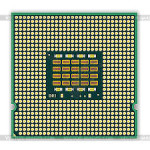 We all have been through the dilemma of surfing the Internet, wandering through retail stores, trying to decide which PC to purchase.   With all the terms, specifications, and acronyms used by manufacturers, retail store employees, and computer geeks, it becomes very hard and confusing for the casual user to select the right computer to fit their needs and more important their budget.  This month’s newsletter will focus mainly on Intel processors.  Intel processors are the most widely used in all computers, we will give you some information on what to look for and understand what all these acronyms mean so when you are ready to purchase you can use this knowledge when making a decision.

Intel has an array of processors ranging from the Pentium series to the Core series.  We will be focusing on the Core series mainly the iseries (i3, i5, and i7) since these are the most popular processors used.  Before getting into the specifics, we need to understand what the term Core means along with some other terms.

Core – Think of a core can be as an individual processor.  A duel-core processor, therefore has two internal processors, a quad core model has four, etc.  More cores are useful for multi-tasking; for example, you can run two applications at the same time, each having access to its own dedicated processor.

Core i3 processors have two cores, Core i5 have four, Core i7 have a base of four. cores, but some i7 processors have six or eight.  Generally, applications don’t take full advantage of six or eight cores, so performance boost from extra cores doesn’t make a significant difference.

Turbo Boost – Turbo Boost is a technology for automatically overclocking a processor, boosting its clock speed higher than the default setting.

Turbo Boost works just like a turbo in a car.  Under certain power loads, the chip can go to a max speed (turbo mode). If you remember the TV show Knight Rider and that little turbo boost button, when that button was pressed for 30 sec the car jumped or went real fast.

Hyper-Threading – Hyper-Threading is Intel’s technology for creating two logical cores in each physical core.  In other words, your operating system appears as through your CPU has doubled the number of cores that is really does.

It terms of performance, Hyper-Threading speeds up multi-tasking and multi-threaded applications.  It’s not as fast or as efficient as extra “real” cores, but it is an improvement over a single core.

Imagine a worker on an assembly line. There two types of products coming to her, and she needs to do different things with each product. However, sometimes there is a delay because the conveyor belt is too slow, or because the wrong product was sent at the wrong time. Hyper-Threading is like adding another conveyor belt so there is now one dedicated to each type of product. There is still only one worker, but now products can be brought to her more quickly and efficiently so she is waiting for work less often.

Clock Speed – Clock speed sometimes referred to clock rate or processor speed, is the speed that the processor executes each instruction or vibration of the clock.  The faster the clock rate, the faster the CPU, or the faster it can execute instructions.  Clock speeds are usually determined in MHz (1 million cycles per second), or in GHz (1 thousand million cycles per second).  The higher the CPU speed, the better the computer will perform. This is true with memory (RAM) and the motherboard; as well as the number of cores that the processor has.

Now that I have defined some terms about Intel processors, the question becomes which processor is right for you?  Basically, it depends on the level of your computing skills and types of applications you use.  Here is a rough guide of each iSeries.

Core i5 – This is processor is designed for the mid-level user.  Besides doing all the tasks an i3 series does, it works well with gaming and heavy usage, i.e. running many applications at once without encountering glitches or freezing.

Core i7 – This is designed for the high-end user.  Core i7 is the fastest of the series.  It comes with better graphics and is built for the most demanding tasks including running high-end video games and video editing.  The i7 processor can let you run all these demanding tasks while letting you download programs and browsing.  Plus, you can do all of these tasks while running your anti-virus program in the background to keep you protected.